Happy Thursday to you!

Last night at about 11:45pm I had a sudden urge to make a Sock Donkey which was shown last week as part of Donktober.  I just finished him tonight so here he is... another wonky donkey! 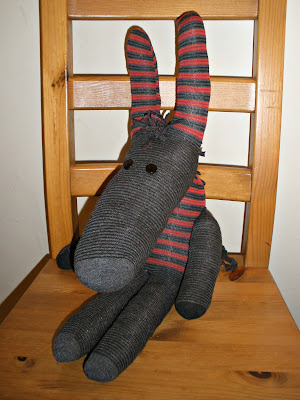 This is the first time I've made a Sock Donkey!!  I didn't realise that one pair of socks would make such a large animal!  You see, the tutorial used knee high socks so I thought if I used regular socks that the donkey would be smaller - well - not so much! 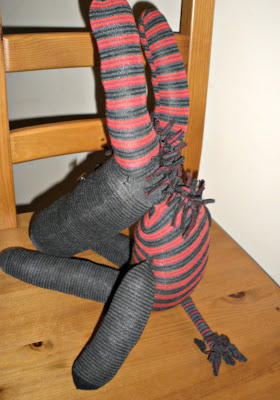 I've made sock puppets before but never a stuffed animal out of a pair of socks.  Yay - I tried something new!  I'm not happy with his 'arms' (= front legs) and how I've sewn them on... and maybe, just maybe, they are stuffed a little too full!!??  I love his tail - it is the cutest part of him!  His mane is good too - I made a double one so he has more hair. 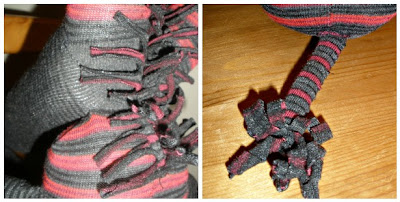 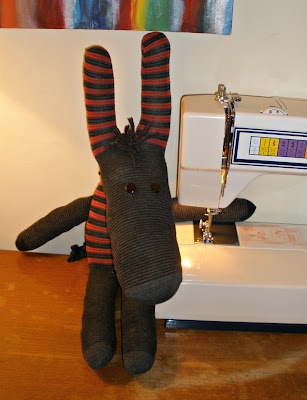 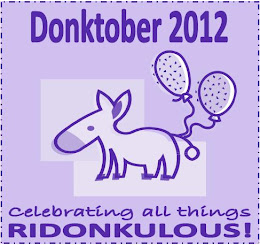 I would love to say 'no socks were hurt during the making of this donkey' but that would be a lie.  I like to think they were 'improved'... 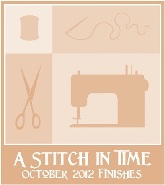 Posted by Amy's Crafty Shenanigans at 23:06

Sock donkey is full of character. I like him. Di x

Oh my, he is sooooo cute. His strippy ears are to die for. I showed Delilah and she is in loooove. :)

Love him.... does he have a name?
I need to find something to make from single socks... I have a pile that I keep just in case their mates ever turn up... Do socks mate for life like Swans?

I make tons of sock critters (and glove critters, too). Your donkey looks fabulous.

OMG he is sooo cute! You must teach me how to make one!

Oh, he makes me smile! What a great little donkey--so huggable!

HAHA!!! He's awesome. :D Not a thing wrong with his front legs. He reminds me of an Eeyore that my mother made for me one Christmas around 8 years old. Loved that miserable adorable donkey for years. . .

Adorable! I may just have to make one of those!