Yay for buttons!!  Not just any buttons but MY handmade glazed stoneware clay buttons!  When I got to pottery class on Wednesday night I went straight to the kiln room to see if they had finally been fired - and they had!  Yay!  Some had holes that closed up due to the glaze running in the firing process but I will make those into necklace pendants or bracelet charms or something like that - so nothing will go to waste!  I have a few more to be fired so hopefully will collect those next week.

My favourites are the 'ice blue and celadon' ones because they are small, nice blend of colours and super-duper shiny!  I like the 'red' ones too which aren't really red but a dark brick/brown colour with a silvery shine to them, which appears like a flash on the middle four in the top row.  That is not what I was expecting from the glaze that was used but I still love them!  Wow - I have me some shiny new buttons!  Woohoo!


And ta-dah.  Here is the completed Siblings Together quilt top.  I used some of my Moda White jelly roll as the sashing - and will use that for the binding as well I think.  Wish I had won the wadding and fabric for the back too - looks like I will need to go shopping...again!

﻿I have a super busy weekend planned so I won't be spending much time with Mr Toyota...awwww.  I've been thinking I should send him in for a sewing machine MOT before the FQ retreat so he is in top-notch working order but I can't bear the thought of not having him here with me when the urge to sew hits!  I'd have to do housework or something equally ridiculous if I didn't have the sewing machine here!  Geesh ;)


I'm linking up with sew many ways' Find a Friend Friday, AmyLouWho's Sew & Tell Friday and Confessions of a Fabric Addict's Can I get a Whoop Whoop? linky party. 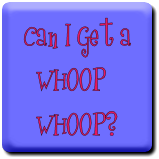 Posted by Amy's Crafty Shenanigans at 23:30

Love those buttons, how cool to be able to make your own!
Great quilt love those fabrics and colours =D

those buttons are FAB!!!!

Great buttons!! Adorable quilt! Someone will enjoy all those cute little animals.

Fab buttons! How satisfying to make them yourself! Love the quilt for SIblings Together. It's so frustrating to run out of materials isn't it, I too didn't have enough backing fabric for my latest quilt. Luckily my order arrived quickly! I am making 100 cards with a poem for Siblings Together, and I am very nearly done. And thank you for the comment on my blog re. ACM I really appreciate it x

Oh I just love what you did with the Savanna Bop, you really made it look amazing!

These buttons are great! I love the fabrics you Chose for the work ;) fede

The buttons are great!! But so is that quilt top :)